Property Rocks was started in 2017 when a couple friends who happen to be brokers had a couple cold ones and got to talking about the state of real estate.  “Why does working with a real estate brokerage sometimes feel so impersonal, like you’re working with a large financial institution or corporate megalith?”  Where’s the love and personal relationship?
These couple friends, Joe & Teak, decided to join forces and start Property Rocks founded on the notion that we will provide our clients with the absolute highest level of professionalism and dedication in all our dealings and transactions.  However, the vibe will always be low-key, personal and friendly.  It’s like if you had a good friend who is an expert in real estate…. we’re that good friend you know.  We’re always there for you, you can confide in us, place your trust in us and know with certainty that the service and advice we provide you will always be of the highest level with your best interest in mind.
We manage to enjoy ourselves and have a good time while conducting our clients’ business.  Our clients tend to enjoy themselves as well even though real estate transactions can be stressful at times and take people out of their comfort zone.  We help keep you in your comfort zone with constant communication and a clear outline of where we’re at, where we’re going and what’s happening next at all times.
And we attract like-minded brokers who share our philosophy of providing the highest level of service without being overly formal or stuffy about it.  You will find this ethos throughout  the Property Rocks Family….. we look forward to working with you!

Property Rocks has a deep appreciation for Chicago’s colorful, vibrant citizens and the many humanitarian foundations, charities and not-for-profits that support them.  Life can be hard and everyone needs some help sometimes!
We invite you to explore these fine, selfless charities below that Property Rocks supports and sponsors and encourage you to give back to the folks and city we love! 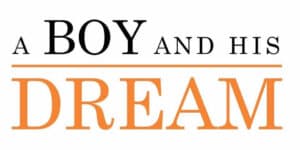 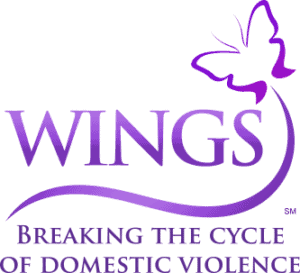 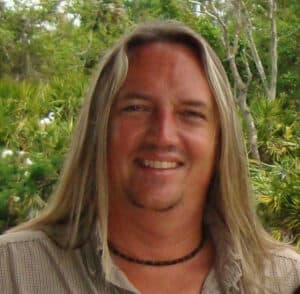 I come from a construction background and have been building high-end single family custom homes, additions and remodels for over 30 years around the Chicago and North Shore areas.  I’ve also been a licensed Realtor for over 30 years and have provided realty services to my build clients and the general public during that time.  Because of my extensive knowledge of construction, I can tell our clients exactly what they’re looking at when touring or selling a property in terms of building systems, components and functionality.  I can also explain what’s behind the walls and what to be mindful of with all types of construction from Abe Lincoln’s log cabin right up to present day structures.  I can also instantly ballpark for clients what it would cost to add on, renovate or tear down and build a new property.
I immensely enjoy helping our clients find their ideal new home and/or sell their current home and having fun while doing it.  Fun isn’t a word often associated with real estate, but it should be….. Property Rocks!
I also enjoy sailing at various places around the world and am a professional, licensed boat captain.  Your troubles can’t follow you out on the ocean…..
Broker/Owner 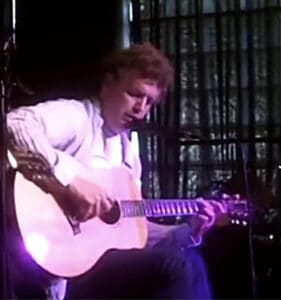 My family has been involved in development and construction for three generations including mine.  When the recession of 2008 hit, I became involved with high-end leasing and condo sales in the downtown Chicago area….. everywhere from Lincoln Park to the South Loop, Streeterville to Wicker Park and all points in between.  I became expert at placing clients in the newest downtown luxury buildings offering killer amenities.
My familiarity with all of Chicago’s best buildings allows me a unique perspective having been in and out of each of these top luxury condo & apartment buildings many times over the last decade.  This experience has given me insight to each building’s inventory right down to the tier and the view a client can expect before they arrive for a showing.
The benefit of this accumulated knowledge saves clients time by cutting to the chase, locating and showing only the very best inventory with great views based on each client’s specific needs and must haves.  Many of our lease clients become buy clients as their life needs change and I’m grateful to be able to seamlessly assist them in finding an amazing new home when the time comes or assisting them in listing and selling their home as they move on to their next destination.
Broker 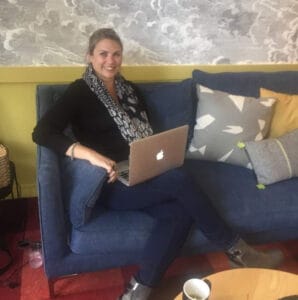 Minnesota native Erika Woolman is a Realtor Broker since 2017 and also an accomplished Interior Designer.  Her passion to capture the character of spaces to match her clients’ particular tastes is part of what makes her an outstanding broker and a pleasure to work with.

Erika’s unique combination of savvy realtor “meets” seasoned Interior Designer makes perfect sense to have access to when listing or purchasing your home. Her passion for space and structure and how people occupy them is the driving force for her, matching the right property with the right person.  Her expertise allows her to help Buyers and Sellers visualize the possibilities in a new home, communicating her understanding of construction and renovation, staging, marketing and preparing a home for sale.

Erika is an urban enthusiast.

She has a genuine love for Chicago, from the city and Lake Michigan views, architecture, to its vibrant culture and unique neighborhoods.  She understands people, lifestyle changes and revolving areas.  Her love for live concerts, city festivals, the local food scene, all inspire her curiosity about what Chicago has to offer.

Combining her passion for Real Estate, Architecture and Interior Design, no one is better to represent you as a life long client in the sale or purchase of a home. 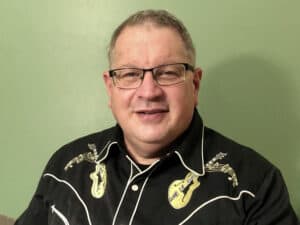 Prior to becoming a real estate professional in 2014, Mitch made and still makes his living as a professional musician and educator in the Chicago area.  Hailing originally from Michigan City, IN, Mitch earned a BS in recording technology from Ball State University, Muncie, IN and a MFA in music composition from DePaul University, Chicago.

Being a musician can be an advantage for a real estate broker.  Networking in the people oriented music business naturally merges into networking acumen in real estate.  From his knowledge of the city and suburbs and the many people he has met through his work in the music business his real estate career is a natural progression with his knowledge of Chicago’s neighborhoods from the inside out.  This special knowledge has served his clients well in numerous leasing and sales deals he has closed.  Because above all, it’s the customer service and attention to details that benefits his clients most.

When not Rocking the music scene and closing real estate deals, Mitch enjoys spending time with his musical family.  A Father of three girls who are striving young pianists, he and his wife Sara, an accomplished opera singer who runs a teaching business that serves dozens of families in the North Shore, recently welcomed a new daughter into the world named Stevie.  He met Sara on a recording session in the mid 2000’s while she was recording her first album.

I look forward to helping you find your next amazing home! 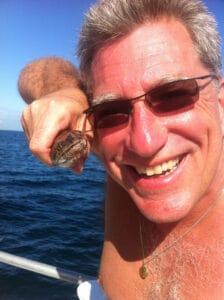 I am a lifelong resident of the city of Chicago and recently retired from the Chicago Fire Department where I spent the last ten years working as a building inspector.  My years with the Fire Dept. allowed me to gain an intimate knowledge of the City and the many communities that make it the unique place that it is as well as the nuts and bolts of all building types.

My interests include sailing, skiing and world travel, but Chicago has always been my home port.
Let my familiarity with Chicago’s many and varied neighborhoods help you to find or sell your home.
Head of Marketing 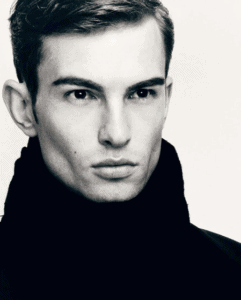 Martin was born and grew up in liberated East Berlin.  As a young man, he quickly took to the bohemian lifestyle East Berlin had to offer and was discovered by the infamous modeling scout Helmut Gerhardt at age 16 at a warehouse party.  From there, Martin’s modeling career took off like a shooting star and he was a constant presence on the fashion runways of Europe and in the pages of Der Spiegel, Vogue, Spectr, Garden & Gun and many others.
After a while, the glare of the white hot spotlight of fame and rabid fandom took its toll on Martin.  He could no longer take carefree walks along his beloved Hauptstrasse without being mobbed by paparazzi and fans trying to get close enough to touch the hem of his faux ermine-trimmed Gucci blazer with hand-tanned leather accents, matching hoodie and zipper embellishments.  Combined with the constant griping from other models he shared the runways and magazine pages with that Martin is “Too good looking”  and  “He makes me look like a dishrag”  and  “He’s sucking all the handsome out of the room!”  Martin decided to exit modeling world to indulge his main hobby: Wankel Rotary Engine repair.
Meeting with success at his Berlin-based Wankel engine repair shop, Wankel-Werks Studios, Martin set his sights on a larger market in the United States.  In 2009, Martin emigrated to Chicago to pursue his dream of providing quality, affordable Wankel repair to an eager nation of rotary engine enthusiasts.  It wasn’t to be.  Martin’s stunning good looks proved to be a hindrance even all the way across this side of the Atlantic:  American Wankel clients refused to believe that someone that good looking could really do a proper Wankel job.  The American Wankelists just couldn’t take Martin seriously.  “All I ever wanted to do was to make sure every man’s Wankel was well-oiled and tuned.” said an exasperated Martin.  “But they just see me as a pretty face.”
Fortunately, Martin found his life calling and work satisfaction from running our marketing department @ Property Rocks.  We love having Martin on board and just try to not be overly distracted by his dreamy good looks and beckoning eyes.
Head of Videography and Photography 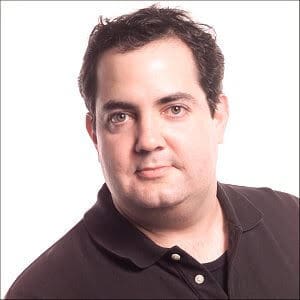 A longtime resident of Chicago and Park Ridge, I became interested in photography and videography at a young age documenting the people and places all around me.  I enjoy filming the various Chicago and Suburban neighborhoods and the colorful people who make Chicago such a vibrant place to live.  Check out our Neighborhood Snapshots page to see brief neighborhood tours through downtown Chicago and the Suburbs.
My hobbies include skeet shooting and Norwegian Doom Metal.  And writing poetry when I’m moved to do so…..